Home » General » What is a Via ferrata

“A via ferrata is the connection point between hiking and climbing“.  Generally yes, and the above statement belongs to the Italian photographer Michele Dalla Palma.
But let’s begin with a brief historical review and the establishment of it as an important mountain activity. 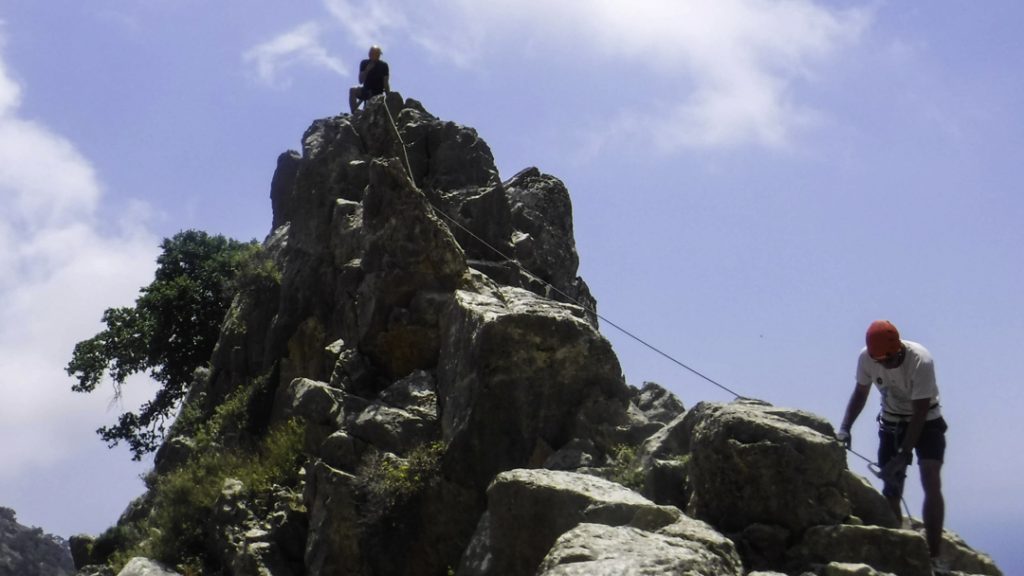 Via ferrata, the iron road

The two world wars are considered to be the point of development of the activity, and mainly the WWI. Apart from disasters and loss of human souls, wars have heritage us many more, and Via ferrata is one of them.

The Alps as a natural border had an important role in the battles in central Europe, and especially Dolomites. Back then, part of the Austro-Hungarian Empire, Dolomites were an important mountain path of communication between the Italian and Austrian troopers.
In the need for safe advancement of soldiers and equipment, between steep rocks and difficult weather conditions, the high mountain trails were equipped with iron ladders and steel wires. Several parts of the paths were already equipped, as we will see below, but mainly with ropes. And here is the turning point and development of the activity, because here for the first time the secured mountain trails (Via ferrata) were used so extensively. Probably necessarily.

Before WWI some mountain trails with fixed means of securing had already been opened. But with perishable materials, such as ropes, and minimal use of metal anchors.

Once again on WWII the secured mountain trails played an important role in the development of the war and also of the Via ferrata. But not so intense as in WWI
During that period, what was remained by the WWI was completely replaced. Steel wires, iron ladders and unshakable anchors replaced the old perishable ropes and incomplete anchors. Via ferrata was once again developed due to war.
Since then, and in the post-war years of prosperity in central Europe, the Via ferrata trails were equipped more, multiplied, and passed from the hands of war to the use of climbers and mountaineers. Reaching today to be considered as an important and safe outdoor activity, with more and more people involved with it. 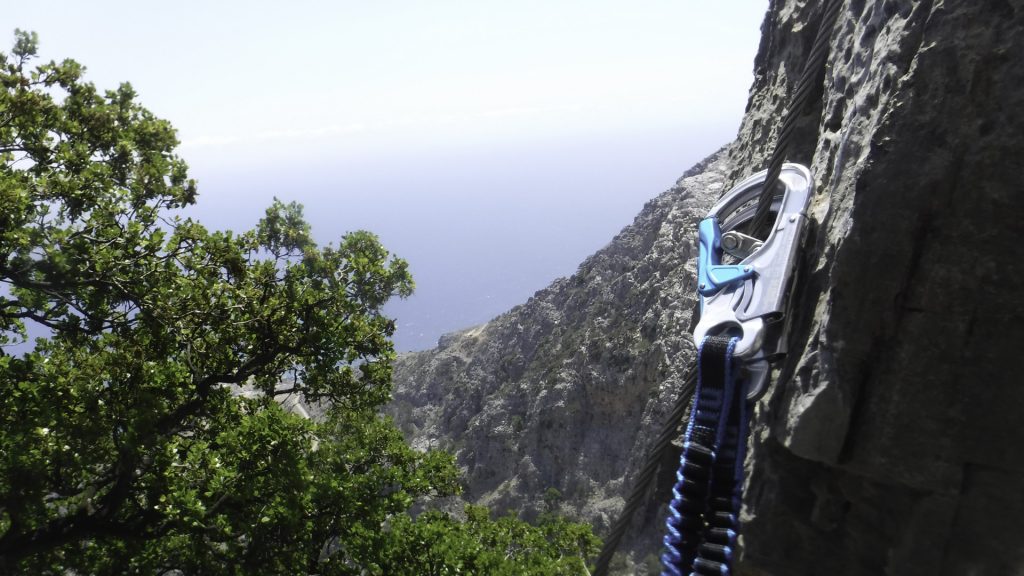 So, Via ferrata is the parallel or vertical climb, on steep slopes or exposed mountain paths, where permanent and stable points of securing and anchoring are used. Such as steel wires, iron ladders and bridges, bolts etc. for the safe climbing of the hikers and climbers. Each participant must have and wear their own personal equipment, consisting of:

It is important all these must be certified for the Via ferrata activity. If you decide to take part in this mountain activity, ask your guide or your agency, if the equipment that they provide is certified for Via ferrata. Because it has to do with  your safety!

Does Greece have Via ferrata trails

Yes it has! Via Ferrata activity is developing in Greece, just like mountain tourism, with slow steps. In Greece there are  approximately 5 Via ferrata trails, the most important of which are located in Konitsa (With the impressive Tibetan-style bridge that crosses Aoos river), in Pranitha and in Crete at Asterousia mountains.
Of course Greece is far, far away from the advanced mountaineering countries of central Europe, where you can find infinite routes of beauty and difficulty.
Here are four countries of central Europe and how many Via ferrata trails they have: 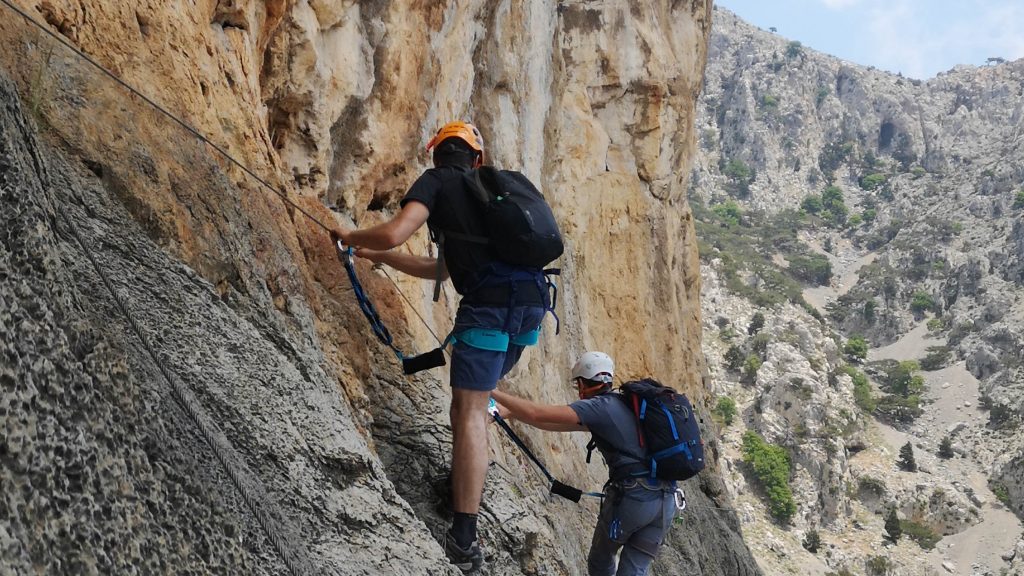 As in all mountain activities, Via ferrata has a system of grading difficulty. Each developed mountaineering country of central Europe has adopted its own grading system. But also there is one international grading system, and it is as follows:

And all of the above has to do with the path, terrain and securing. The Via Ferrata activity is not suitable for people who are afraid of heights, suffer from vertigo, etc. Good physical shape is required. At your begging choose easy routes that are mostly hiking paths and not so climbing trails. If someone has a relevant experience with climbing, can try more difficult routes.

Αddressed to an outdoor activity agency and ask details about the route you have chosen and honestly explain them what your physical shape is and what experience you have.
An honest and detailed conversation with the organizer will help you enjoy your activity safely. Also request and demand from the agency you are addressing the following:

Enjoy your climbs and always with the maximum safety!

* Information for the above article was sourced from the International Climbing and Mountaineering Federation (UIAA).